If you’re a cyclist using Strava to track your daily commutes, Trackernaut now makes it easy to see how much time you’re spending commuting each week.

You can also see how much of your riding is done via commute within your profile: 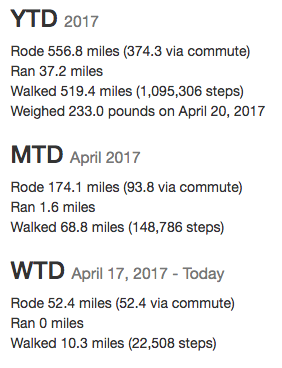 Finally, there is a year-by-year view of your commutes:

A ride is identified as a commute in Trackernaut if you have (a) marked it as a commute using Strava, or (b) included the word ‘commute’ in the title. You can see which rides are marked as commutes in the activity log.